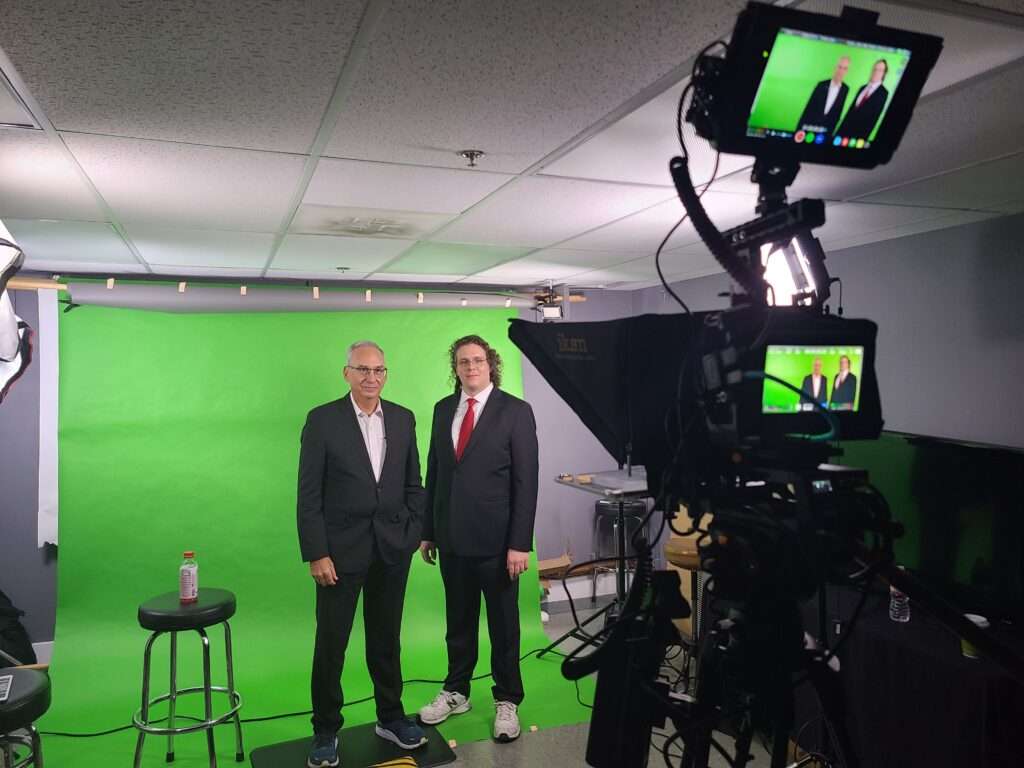 In 2017 and 2018, Randy Barnett and I spent nearly eighty hours in the studio to create the thirteen-hour video library for An Introduction to Constitutional Law. Four years later, we were back in the studio to record videos for the Second Edition of the book. The new collection will include some new recent cases like Dobbs, Bruen, and American Legion. We also recorded several classic cases that should have made the cut in the First Edition, including Gideon, Engel, Baker, Mirada, and a few other gems. Stay tuned for more information. The book be published in November.

(Pro tip: we only use footage above the waist, so wear comfortable shoes.)