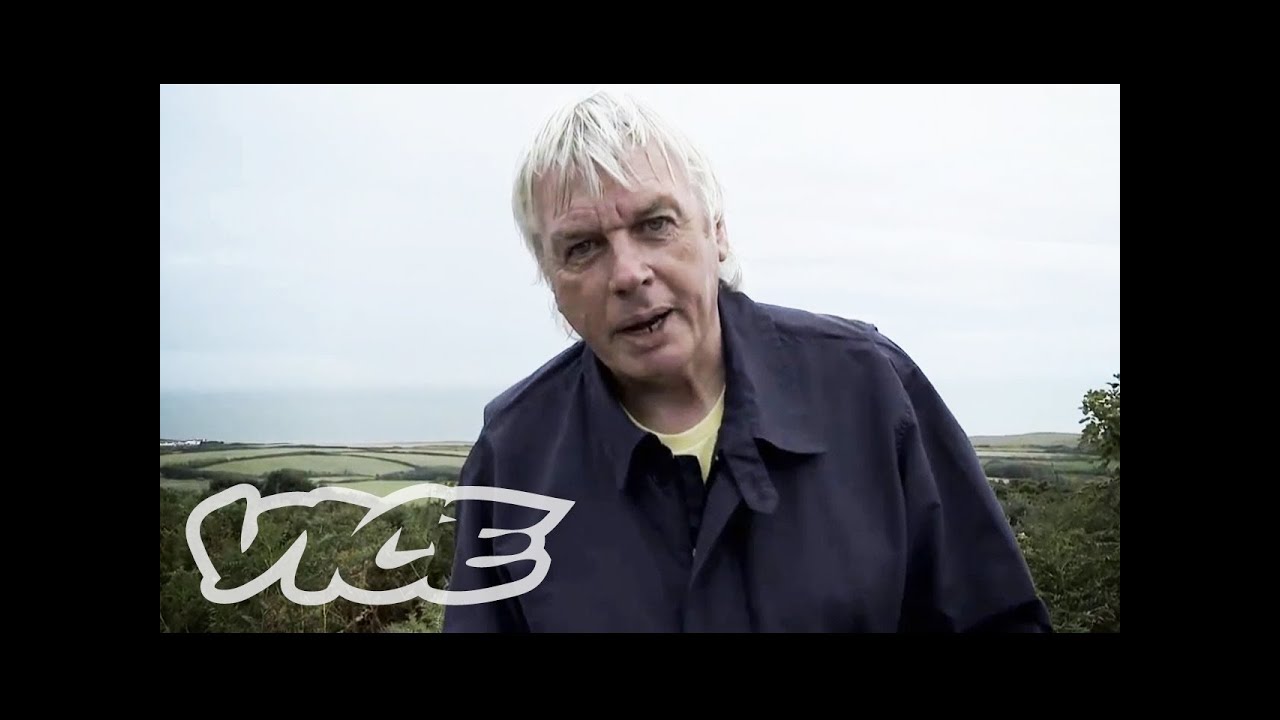 NARRATOR: For as long as I can
remember, I've had an interest in what some people
condescendingly term conspiracy theory. You see, I was born November 22,
the anniversary of John F Kennedy's assassination. And every year on my birthday
there's been televised specials on practically every
channel talking about magic bullets, grassy knolls, other
shooters, as well as CIA, FBI, and mafia involvement. Even by the age of 10
this spoke to me. And, of course, there were UFOs,
the Illuminati, occult Nazis, organized satanic
networks, faked moon landings and CIA mind control programs. Hell, even if this is
all bullshit, it was fun to read about. It was in 2000 that I first
discovered David Icke's book, "The Biggest Secret." In it
he writes about a global conspiracy. A hidden hand manipulating
humanity's destiny through the shadows using those who
seem to be in power.

And the goal of these
shadow people? Nothing less than an Orwellian
global super state with total control at the hands of
an ancient reptilian shapeshifting race. So we took a ferry to the Isle
of Wight to spend the day with David Icke, Britain's leading
conspiracy evangelist, and the one man standing between us
and total enslavement. NARRATOR: Hey! DAVID ICKE: Ah. NARRATOR: Mr. Icke. DAVID ICKE: Kev, nice
to meet you. NARRATOR: Nice to meet you. DAVID ICKE: Good trip? NARRATOR: Yes. Yes. It was. DAVID ICKE: Welcome
to my abode. There's not much to see,
but I like it. NARRATOR: What have
we got here? DAVID ICKE: Well, this is things
that I've collected over the years. This is fantastic. Someone in Hawaii actually
painted this. This is what the painting is. This is the original of the
front cover of my last book, "Human Race Get Off Your Knees:
The Lion Sleeps No More." And I asked my great
friend, an artist called Neil Hague, to paint this picture
for me with, particularly, those eyes. And that's humanity
saying, no more.

Enough. No more little me. We're not having it anymore. NARRATOR: In 1991 David Icke
didn't believe in secret shapeshifting lizard fascists. He was a television celebrity. After arthritis had ended a
promising career in football, he'd become a broadcaster. But that all ended in one
remarkable appearance on the Terry Wogan show. -David Icke. NARRATOR: In a turquoise
tracksuit he'd announced that he was the son of God. And the world would be
ending that year. It didn't, and Icke seemed
destined to disappear beneath a typhoon of public laughter. -It's quite funny really. 2000 years ago had a guy called
Jesus sat here and said these same things, you would
still be laughing. It's really, really funny that
we've not really moved on that much.

-They're laughing at you. They're not laughing with you. -Fine. NARRATOR: But Icke wouldn't
disappear. He began to write. And over a series of
increasingly successful books, he began to outline
his philosophy. Humankind was not in charge
of its destiny. It was the unwitting prisoner
of a race of shapeshifting lizards who occupied
the roles in the highest echelons of society. From presidents to royal
families, all trusted public figures were secretly part of a
reptilian satanist pedophile group who had been on this
planet for centuries. People began to take notice of
Icke, and today he spends most of his year preaching to
amphitheaters full of fans. He's still making startling
revelations, and recently he declared the moon to be a
hollowed out planetoid space station from which our
minds are controlled.

The lizard's very
own Death Star. Don't mention the reptiles,
chapter two. DAVID ICKE: Don't mention
the reptiles, yeah. Because people– when they
started to come in people were kind of into my stuff
up to that point. Which was kind of regular– well it was a bit strange. It was all the way the world was
manipulated by few people, but it was all kind
of regular stuff. And then I came across with this
stuff and it was like– NARRATOR: Get it
out of the way. DAVID ICKE: –don't mention
the reptiles. They'll just laugh
at you again. I said, I know. But I've seen enough
and heard enough to believe that it's real. And so I say it. I don't care about the
consequences for me. Are you frightened? No. I'm not. I don't care. Because the consequences for the
world and my children, and my grandchildren, and everyone
else's, of humans not intervening in this process
that's going on now ever more quickly, are that we are
condemning our children and grandchildren– indeed ourselves, it's
that close– to a world that George Orwell
so massively understated.

NARRATOR: Can we have a look at
where the work gets done? DAVID ICKE: Yes. NARRATOR: Where it
all happens. DAVID ICKE: This is where
it all happens. As you can see it's
really small. NARRATOR: It is really small. DAVID ICKE: Because I look at
my life and I don't see my life as a life anymore. I haven't for a while. I see it as a job. NARRATOR: So this
is the new one. In German? DAVID ICKE: Yeah. This is the German version,
isn't it? Look at the size of that. NARRATOR: Jeez, yeah. DAVID ICKE: 250,000 words. That, in one book, is the scale
of information that has come into my life about
these things. See, that is not a theory. That is evidence supporting
a fact. NARRATOR: What was the first
book that really struck you? Because, I know, there
was a couple for me. Are you familiar with
Robert Anton Wilson? DAVID ICKE: Yeah. Yeah. NARRATOR: And I just liked it
because it was funny and it tied a lot of points of
interest together. And he sort of pointed me
in different directions. Even though he wasn't really a
conspiracy theorist trying to say anything.

He put things together
I never saw. DAVID ICKE: Right. NARRATOR: He'd connect dots that
had never occurred to me. Which turned me to "Holy, Blood,
Holy Grail," and some of these other things. DAVID ICKE: You've just hit the
nail right on the head of my work and what you need
to do to understand what's going on. Connect the dots. See, there are dots, like
banking, government, all these different things, 9/11, which
in and of themselves are interesting. And you can see that something's
not right. But when you connect the dots
between apparently unconnected people and situations and
organizations, that's when the tapestry appears. And you go, whoa. So that's what's happening. NARRATOR: David had told us
that his first moment of enlightenment had occurred when
a voice entered his head while shopping with his
son on the sea front.

DAVID ICKE: This is the news
agent I told you about where, basically, it all started. I was walking along here and I
walked in this door and turned to where Gareth was reading
his Spin Train books. And this is where it happened. Just the other side
of this door. Where I'm like, what's
going on? Go and look at the books
on the far side. What? What? And that's where it started. 1990. March, 1990. And I never thought it was going
to lead where it has. But it has. Yeah. NARRATOR: Well, it was
a great beginning. Platform Fun. DAVID ICKE: In simple terms,
there is a predator race which take a reptilian form. They're feeding off humanity. They've turned humanity
into a slave race. They demand human sacrifice.

That's where satanism
comes in. They feed off human energy,
particularly feed off the energy of children. NARRATOR: David's latest
revelations have been about the moon. Far from a lump of benign rock
orbiting us, it is in fact an artificial construct, a gigantic
spacecraft, probably a hollowed out planetoid. It is from the moon that the
nefarious Illuminati manipulate the collective
human mind. Warping our perception
of reality. DAVID ICKE: I'm saying it's
broadcasting something. That it acts as a blocking
frequency that stops us seeing and perceiving things that we
would normally perceive. That is creating what I call the
moon matrix, or the satin moon matrix. And it's basically having the
effective of the fake reality in "The Matrix" movies. NARRATOR: I guess that makes
David the Isle of Wight's very own Neo.