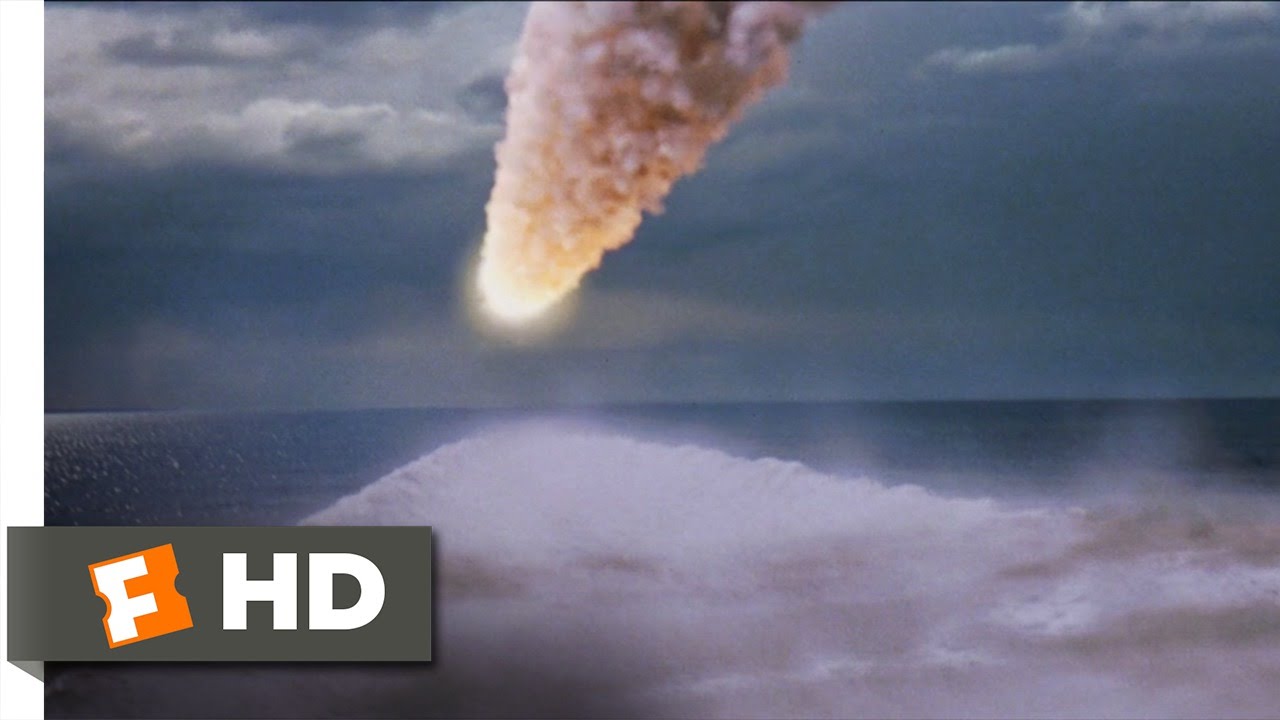 FILM DESCRIPTION:
Mimi Leder (The Peacemaker) directed this science-fiction disaster drama about the possible extinction of human life after a comet is discovered headed toward Earth with the collision only one year away. Ambitious MSNBC reporter Jenny Lerner (Tea Leoni) stumbles onto the story, prompting a White House press conference. United States President Beck (Morgan Freeman) announces the government’s solution: a team of astronauts will travel to the comet and destroy it. The team leader aboard the spaceship Messiah is Spurgeon Tanner (Robert Duvall), who was once the last man to walk on the moon. However, the mission fails, splitting off a chunk of the comet, now due to land in the Atlantic with the impact sending a 350-foot tidal wave flooding 650 miles inland, destroying New York and other cities. The larger part of the comet, hitting in Canada, will trigger an E.L.E. (Extinction Level Event), not unlike a “nuclear winter” as dust clouds block out the sun and bring life to an end. President Beck reveals Plan B: a cavernous underground retreat constructed to hold one million Americans, with most to be selected through a national lottery. Since teenage amateur astronomer Leo Biederman (Elijah Wood) discovered the comet, his family gets a pass to enter the cave, but his girlfriend Sarah (Leelee Sobieski) and her parents will be left behind. Meanwhile, still in space, Spurgeon Tanner devises a plan for a kamikaze-styled operation that could possibly save the Earth. Special visual effects by Scott Farrar and Industrial Light & Magic.

WHO ARE WE?
The MOVIECLIPS channel is the largest collection of licensed movie clips on the web. Here you will find unforgettable moments, scenes and lines from all your favorite films. Made by movie fans, for movie fans.