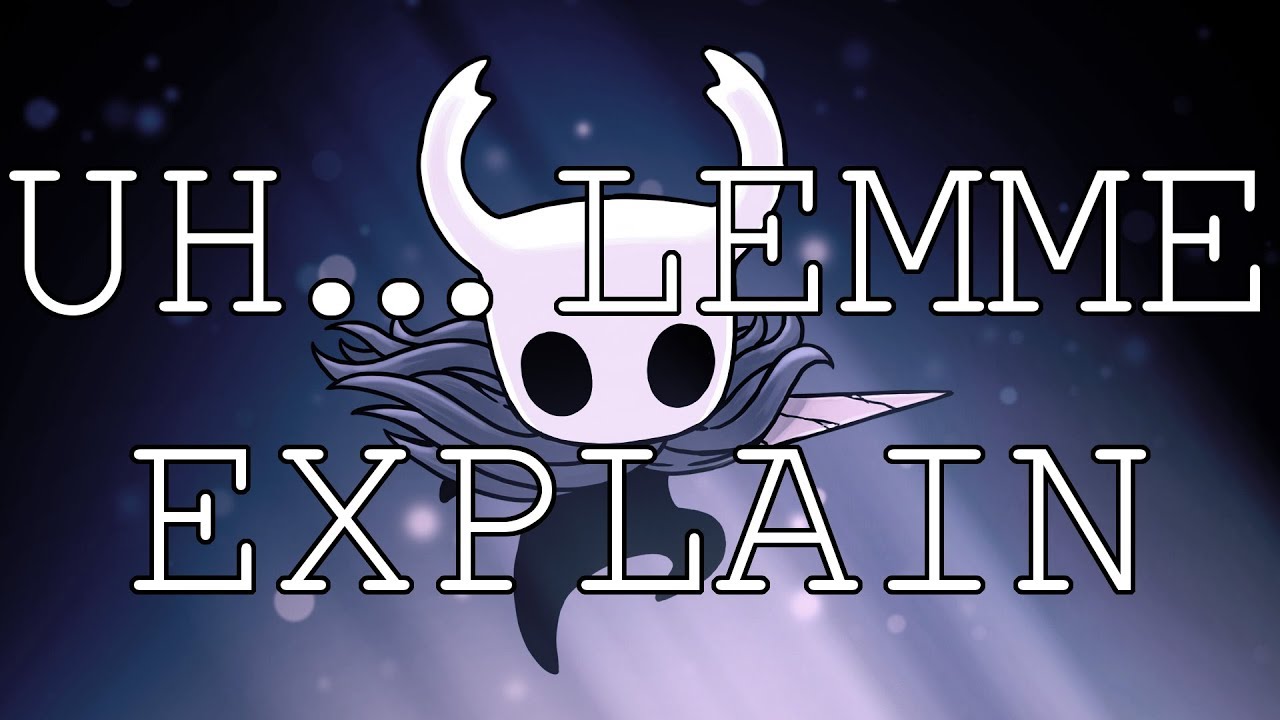 UPDATE: This video is incredibly old! Please watch my updated analysis instead:

Hollow Knight is pretty confusing. Hopefully this video makes the game a little less confusing. But it might make it more confusing.

This video has been deemed about 80% accurate by a play tester and good friend of the development team.

There are many things I assumed, despite the lack of evidence. For example, we don’t know for sure if the Hollow Knight was locked in the temple of the Black Egg before or after the Dreamers were put to sleep. Since smalls details like that don’t really change the story that much, I didn’t spend time in the video bringing them up.

Let me know in the comment section what I got wrong or what I should have mentioned. Also, share your own theories about Hollow Knight’s story. Theorizing is super fun and I want to hear your ideas.

—————————————————————-
Ok, so this video is actually getting some attention, which fucking sucks because it’s littered with inaccurate information and poorly written jokes. My original plan was to annotate the shit out of any wrong statements in the video, but I just now realized that YouTube has removed the annotation feature. So I’m shit out of luck on that front.

That picture of the development team does not feature Dave Kazi. That photo was taken while Team Cherry was developing Hungry Knight for Game Jams. The person I mistoke Kazi for was Rohan Fraser.

Grimm Troupe had nothing to do with Deepnest. Guess we’ll have to wait until Hornet DLC for that trilobite shrine.

The secret room in the Weaver’s Den does not have Hornet’s head shape on it. It appears to be the shape of the Hollow Knight’s head. I don’t know how I missed that. Pathetic.

Around the ten minute mark I start talking about how the Pale King and the moth tribe sealed the Radiance away. In the video, I spend way too much time talking about my own little pet theory than presenting the evidence for the more widespread and accepted view. So here’s a fast and dirty explanation. The Radiance controlled the land of Hallownest. She created the moth race and ruled over the husks. These husks were kept in the Radiance’s hivemind. Then the Pale King showed up. He convinced the moth tribe to forget the Radiance and granted the bugs “free will” or an independent mind. Basically the husks in Hallownest are dumb shits and are influenced by whatever gods happen to be around them, I guess. The more intelligent beings, ie. Mantises, Bees, whatever, were probably not influenced by the Radiance at this time. So yeah, the Radiance probably was the previous ruler of Hallownest. I mean, her head is shaped like a crown for fucks sake, there’s only one other character in the game with a feature like that, the Pale King. So yeah, I encourage you to do your own research on this event, as well as the rest of Hollow Knight’s lore. I’m no voice of authority on this, so don’t hold my words as gospel or anything like that.

Translate this video into another language through Amara: