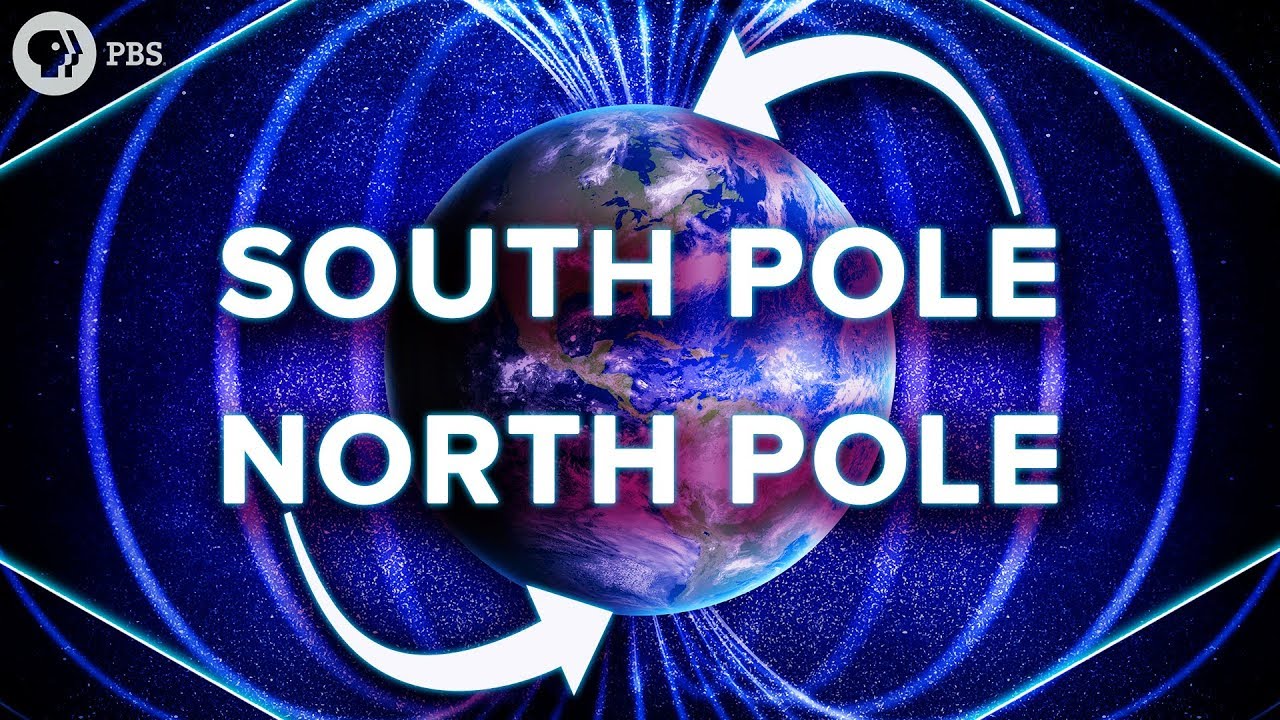 PBS Member Stations rely on viewers like you. To support your local station, go to:
↓ More info below ↓

It’s very helpful and you could win a free T-Shirt!

Earth’s magnetic field protects us from deadly space radiation. What if it were drastically weakened, as a precursor to flipping upside down? I mean, it has before … many, many times..

Special Thanks to Lathrop Lab at University of Maryland:

Check Out Lathrop Lab’s YouTube Channel to learn more about their 3-meter experiment that models the Earth’s core:

Spaceship Earth has a literal deflector shield. A geomagnetic field. Lines of magnetic force, forged by currents in the planet’s molten core, erupt from the surface close to the north south geographic poles, connecting to each other to wreath the planet in a dipole field, like a gigantic bar magnet. Magnetic fields exert a force on moving charged particles, causing them to spiral around those force lines. That’s helpful, because Earth is constantly bombarded by very fast moving charged particles, especially coming from the Sun. Our magnetic field deflects the worst of these. Not all planets are so lucky. Mars, with its solid core, has no such shield – and so the red planet’s atmosphere was stripped away by the solar wind billions of years ago.