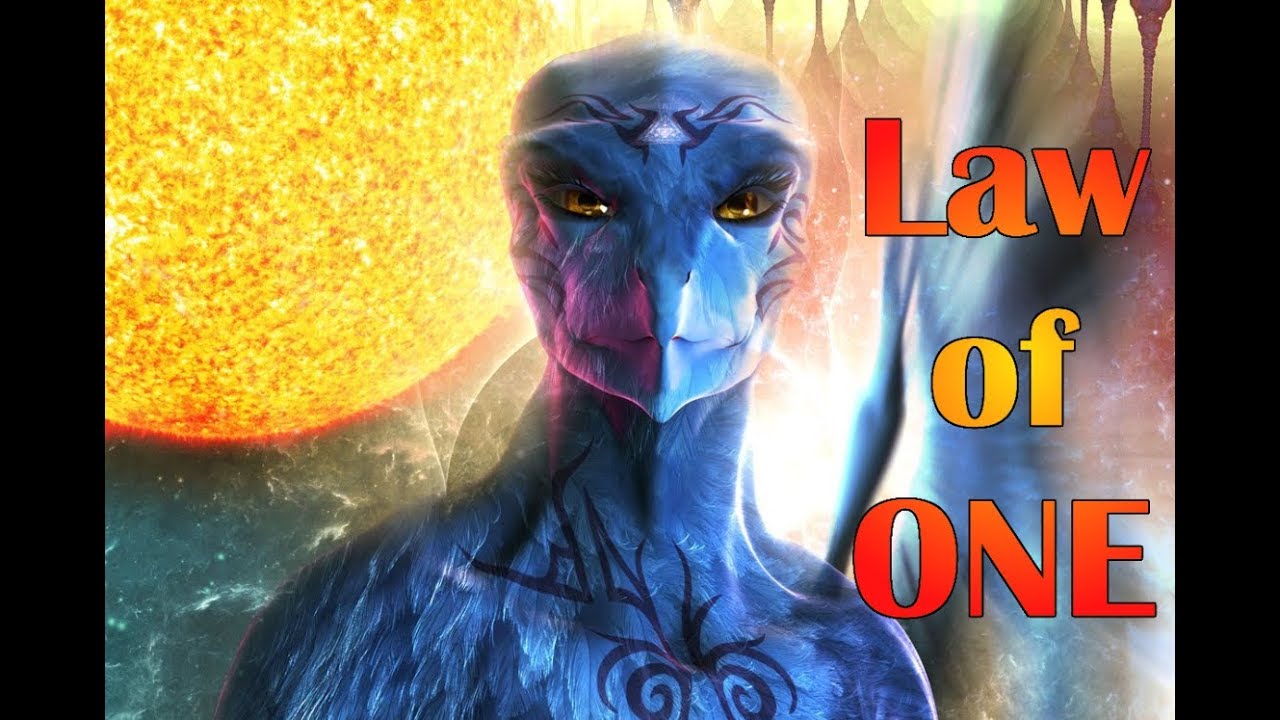 The Story The Law of One, also known as the Ra Material, is a series of books that were allegedly channeled by Carla Rueckert, Don Elkins, and Jim McCarty between 1981 and 1984. The entity in which they claimed to have channeled refers to itself by name, as Ra and eventually explains that it is not one entity but a concept known as a Social Memory Complex. Before we continue, let’s clarify some things and talk about Channeling. The word channeling generally conjures up some mixed emotions. Some people think the concept is utterly ridiculous, while others will devote much, if not all, of their spiritual growth and identity to the information obtained from channeled sources.

The concept of channeling is believed to be that a human’s consciousness can be tuned in such a way to act as a receiver, or conduit, for another entity to communicate through.

The human used for this is generally referred to as an instrument, from the channeled entities’ perspective. The Channeled entity can then use the instrument to communicate to those who will listen. The entity that is channeled is generally believed to be one of an ascended realm of consciousness, some other realm of the supernatural, or in some cases a technologically superior race of far-away beings. In The Law Of One, a typical session involves the conjuring of Ra, a greeting, and then a series of questions and answers.

Quite often many of the questions in any given session are asking Ra to clarify something he has said previously, like definitions, or concepts.

The questions posed to Ra by the team are fairly comprehensive, and calculated, but not nearly as complex or interweaving as the responses they get from Ra. The way in which Ra speaks his answers, and interacts with the team is one of the most interesting aspects of these books! The language, syntax, and metaphorical concepts are often times as bewildering as they are illuminating, and will sometimes have you pondering them for days. Ra claims his society is millions of years older than our society on Earth.

They had long ago ascended through the ranks of the true colors and now vibrate on the six level, which is Indigo. They exist as a Social Memory Complex where their entire society is one. They are now performing the duties of an entity in the Sixth Density, which includes answering the calls of those in need, like Earth.

Their next phase, the seventh Density, is a mystery even to them, and is apparently the reintegration with the Infinite One Creator. Basic Teachings The Law of One philosophy tell us that we are living in a great illusion and that the true reality is that Earth is ultimately a school for spiritual growth.

We experience apparent individuality but in the end, the universe is one identity. The others are in fact our self, there is only one self here. This One Self, oneness or principle, gave free will to each member of the universe.

If we would not had free will then we would be controlled by this one mind and there would be no opportunity to learn. We also forgot who we truly are and utilizing our free will we can grow to get back there, to our true Self.

This is what is presented in the Law of One as the creator knowing itself. Ultimately you are the creator, yours is all the power of the universe. We are just in the phase of learning how to use it.

He speaks of how each entity, while in between incarnations, assumes a form that allows them to review the previous life and make a choice on which new life to incarnate into. It is always a choice.

In order to reincarnate in another third Density experience, which Ra claims is much more rich in the potential for learning and spiritual growth, you have to willingly choose to let go all of which you’ve gained up an to that point. In other words, you will start the new life/incarnation as a baby with no conscious memory of your previous life. This concept is referred as the Veil of Forgetfulness.

At the core of the Law of One teachings is the concept of densities, or true colors.

These can be likened to the chakras of some belief structures. Admittedly, it is an incredibly interesting concept to grasp and the more you learn about it, the more interesting it can be. The true colors: red, orange, yellow, green, blue, indigo, and violet represent various stages in the development of consciousness and universal energy, but they also represent distinct concepts involved with spiritual progression and self-realization. For instance: Red, or the First Density, is the vibratory state that represents the pure essence of raw survival.

It encompasses things like the will to survive, sexual reproduction, and the building blocks of an entity; minerals, energy, nutrients, forces etc… Yellow, the Third density is the density of self-awareness and the first density of consciousness of the spirit. It is the “axis upon which the creation turns” because in it entities choose the way (either service to others or service to self) in which they will further their evolution toward the Creator.

Green, or the Fourth Density, is the vibratory state of realizing true and unconditional love. Those who have successfully chosen a path come together with others of like mind in what Ra calls a “social memory complex” in order to pursue that path, either loving self or loving others.

It is also interesting to note that some believe according to Ra, that our planet, as a whole, is currently in the True Color Yellow, or third density – which is the density of realizing that you are one among many, part of a society and is generally fraught with difficulties and friction. Ra also claims that Earth, as a whole, is going through the process of ascending from Yellow into Green. And at the pinnacle of this process, something called The Harvest takes place.

In Ra’s terms, “distortion” is anything that moves away from undistorted unity. The first distortion is free will, or finity, or the limit of the viewpoint. The created universe that we experience is the Creator’s exploration of Itself through the first distortion, which Ra also calls the Law of Confusion. The second distortion is Love, or the Logos, or the Creative Principle.

It is the focus, the type of energy of an extremely high order which causes intelligent energy to be formed from the potential of intelligent infinity in just such and such a way.

A Logos can create a single star system or it can create a galaxy with billions of star systems. The third distortion is light. It is the first manifestation visible to the eye. Light is intelligent, full of energy and the building block of what we call matter. Light’s characteristics include “the infinite whole paradoxically described by the straight line”.

Light energy has an upward spiraling characteristic which impels evolution. At the core of ascension and the true colors, the teaching of the two paths of service to the One Creator are referred.

These two paths are: The Service to self and the Service to others. The difference appears obvious at first. But during the process of spiritual evolution and ascension, people tend to walk a pretty determined path.

The Law of One gets pretty deep into this concept of service to self and service to others and it gets rather complex. The philosophy is fascinating and will likely cause introspection and reflection. In the understanding of these paths we must be accurate and not perceive the one as positive and the other as negative. This could not be further from the truth. Both spiritual paths can lead to darkness and negativity!

Both paths are expressions of our dualistic physical universe. Some call the STS orientation the negative path and the STO the positive path. But Guy Needler pointed out that there is a third one called Service to God/Source, which comes first.

Service to God/Source creates a triangulation effect, which is iterative and moves around the three points. He said it needs to be Service to God to understand it: Service to self and service to others is ALL service to God, our Source, because we are part of God.

We are individuated units of our Source, so we are God. To serve that which we are, we need to serve ourselves. The way we can service ourselves is by serving others, by being of service.

17 Questioner: I’m trying to understand how a group such as the Orion group would progress. I was of the opinion that a closer understanding of the Law of One created the condition of acceptability moving say from our third density to the fourth in our transition now, and I’m trying to understand how it would be possible, if you were in the Orion group, and pointed toward self-service, how you would progress, say, from the third density to the fourth. What learning would be necessary for that? Ra: I am Ra. This is the last question of length for this instrument at this time.

You will recall that we went into some detail as to how those not oriented towards seeking service for others yet, nevertheless, found and could use the gateway to intelligent infinity. This is true at all densities in our octave. We cannot speak for those above us, as you would say, in the next quantum or octave of beingness.

This is, however, true of this octave of densities. The beings are harvested because they can see and enjoy the light/love of the appropriate density.

Those who have found this light/love, love/light without benefit of a desire for service nevertheless, by the Law of Free Will, have the right to the use of that light/love for whatever purpose. Also, it may be inserted that there are systems of study which enable the seeker of separation to gain these gateways. This study is as difficult as the one which we have described to you, but there are those with the perseverance to pursue the study just as you desire to pursue the difficult path of seeking to know in order to serve. The distortion lies in the fact that those who seek to serve the self are seen by the Law of One as precisely the same as those who seek to serve others, for are all not one? To serve yourself and to serve other is a dual method of saying the same thing, if you can understand the essence of the Law of One.

Here is a quote that will help in the spherical understanding of this concept: “Do unto others as you would have them do unto you, because it is being done unto you! That is the Golden Rule. And now you understand it completely.” – Neale Donald Walsch.