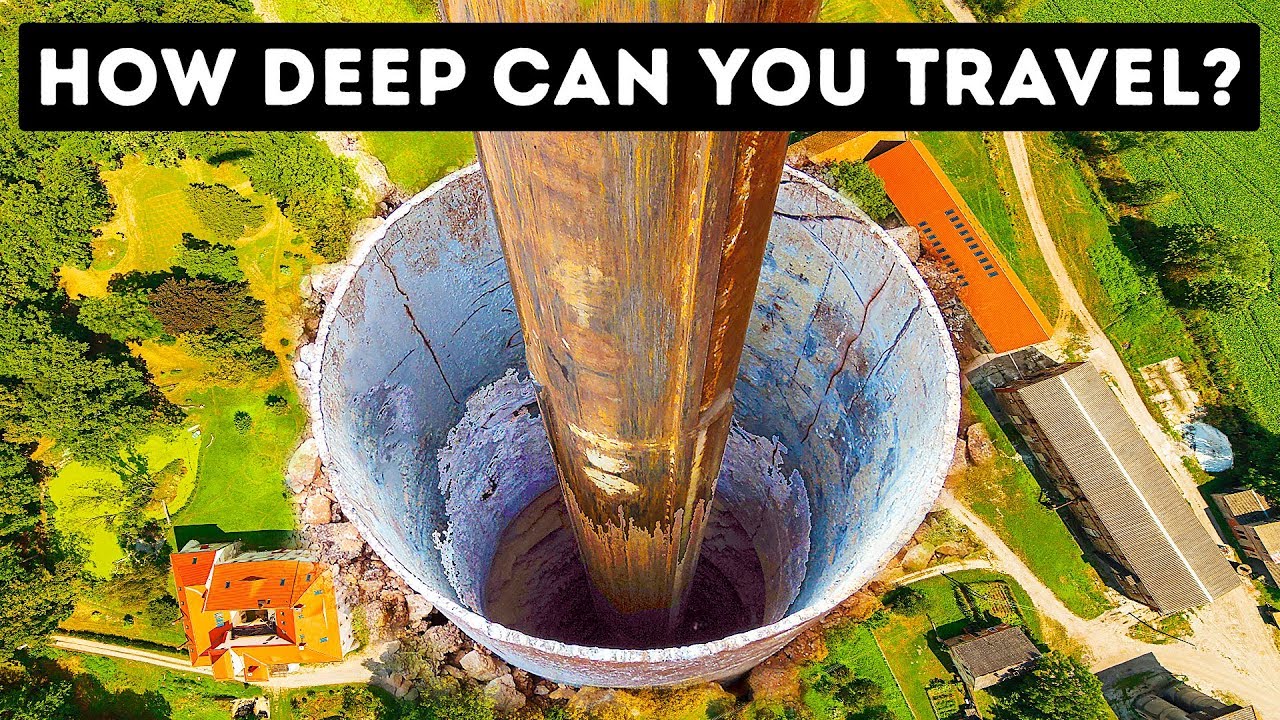 💡 Brighten your style with our MERCH (open globally!) here:

What’s the most exotic destination you’ve been to? Hawaii? Australia, Hoboken, New Jersey? Well, today I’m setting off on a journey that’s way more unusual than that – down to the Earth’s core. And I’m inviting you to join me. It’ll be fun! The center of the Earth lies about 4,000 miles below its surface, so it’s gonna be a looong trip.

💥 By the way, guys, be attentive! To make the journey even more fascinating, I’ve hidden something interesting in this video. Okay, I’ll give you a hint – it’s movie references! You definitely saw them because each of those films is iconic. Try to find them all and let everyone know you have a sharp eye in the comments! If you’re a video game fan, there’s a reference for you too. But this one is really difficult.

😽 And, of course, there is a cat hidden in this video. Can you spot it? C’mon, prove you’re much more attentive than most people! Do you accept the challenge? 😉

Other videos you might like:
What Will Happen In The Next 5 Billion Years?
Who Lives In the Deepest Place On Earth?
How Deep Can You Possibly Dig?

SUMMARY:
– The crust isn’t really that thick. It’s roughly 21 miles thick and is made up of basaltic rocks that are under the sea, and granitic rocks that make up the continents.
– Nile Crocodiles dig the deepest burrows among all animals, so you can find them at 39 feet under ground.
– There are whole underground cities with shelters and catacombs in different countries. The deepest of them lies at 278 feet under Cappadocia in Turkey.
– Continental crust is about 2 billion years old and it covers about 40 percent of the Earth (yeah, the rest is oceanic crust).
– In 2004, a half-marathon was organized in the Bochnia Salt Mine in Poland. It was the deepest half-marathon ever – you don’t often see people running at a depth of 695 feet after all.
– The Earth’s crust serves as an electric blanket that covers the mantle. It’s rich in the radioactive elements uranium, thorium, and potassium, which produce heat!
– The oceanic crust is never too far, and its average depth is 4.3 miles. It covers around 60 percent of the surface of our planet, and is thinner, denser and younger than the continental crust.
– The pressure is getting more and more extreme, and it’s getting colder and colder down here. This is the deepest point where earthquakes are born – the ones that come from here are rare, and get pretty weak by the time they’ve traveled 435 miles up to the surface.
– At 1,814 miles deep, the mantle ends and the outer core begins. It’s a sunless sea of super hot liquid metal that’s about the size of Mars.
– Once every several thousand years, something happens in this layer: the magnetic poles reverse, and north and south change places.
– At 2,750 miles, the inner core welcomes you! It’s the hottest, innermost part of the planet.
– The inner core is nearly the size of the Moon, and makes up 2 per cent of the Earth’s mass.
– Not so long ago, British scientists found out that the inner core is relatively young – probably somewhere between 500 and 1,000 million years old, and that’s nothing in terms of Earth science.
– Now, for those of you who are thinking of packing your bags to go see the Earth’s core, I have some not-so-good news: it’s technically not possible yet, because there’s no way to survive the pressure and extreme heat that are waiting down there.

Stock materials (photos, footages and other):