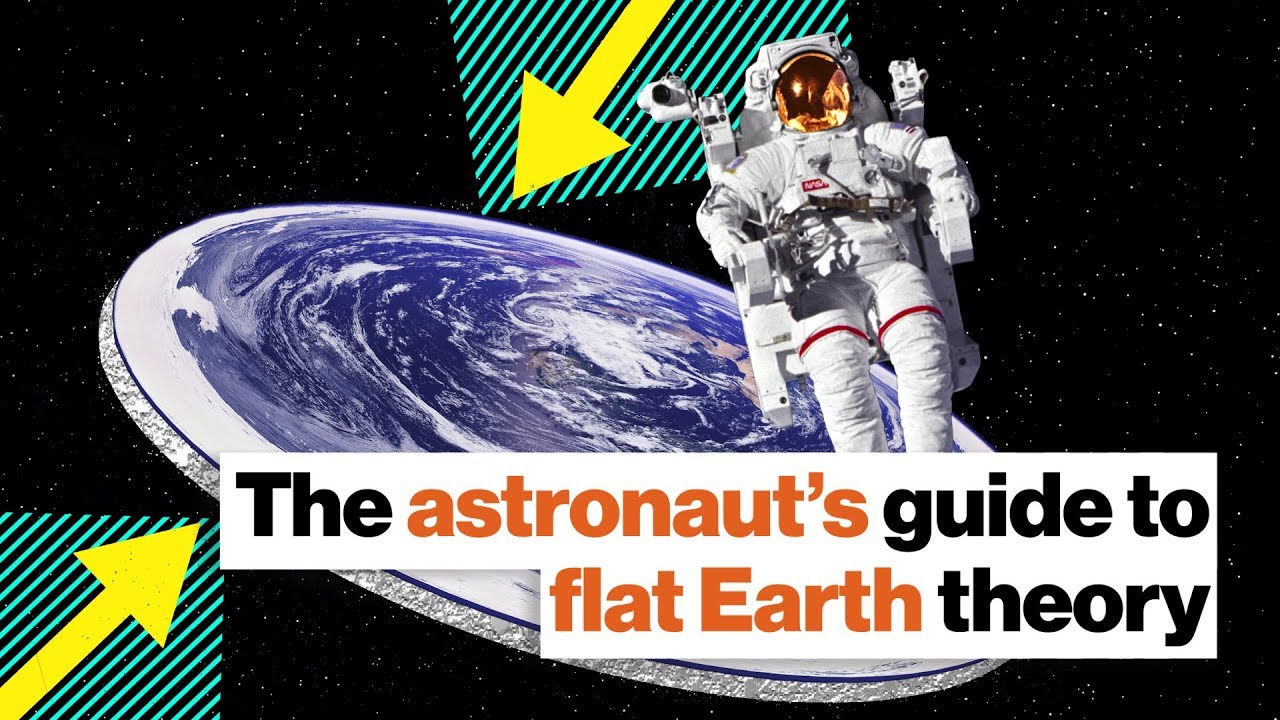 Chris Hadfield: The astronaut’s guide to flat Earth theory
New videos DAILY:
Join Big Think Edge for exclusive video lessons from top thinkers and doers:
———————————————————————————-
To the average person, there appears to be a growing number of people who believe — somehow — that the world is actually flat and that we are all being “lied” to by world governments. Canadian astronaut Chris Hadfield has actually been to space and has seen that the world is round, but is unphased by these so-called “flat-earthers.” He flatly (pun intended) denies a global conspiracy, and says that perhaps the best way to deal with such willful ignorance is just to ignore it. After all, he posits, “if you wrestle with a pig, the best you can be is a pig wrestler.” It’s folky wisdom like that which puts Chris into another stratosphere of intelligence. Chris Hadfield is the author of An Astronaut’s Guide to Life on Earth: What Going to Space Taught Me About Ingenuity, Determination, and Being Prepared for Anything
———————————————————————————-
CHRIS HADFIELD:

“Good morning, Earth.” That is how Colonel Chris Hadfield—writing on Twitter—woke up the world every day while living aboard the International Space Station for over five months. Since blasting off from Kazakhstan in December 2012, Hadfield has become a worldwide sensation, harnessing the power of social media to make outer space accessible to millions and infusing a sense of wonder into the collective consciousness not felt since man first walked on the moon. Called “the most famous astronaut since Neil Armstrong” by the BBC, Hadfield, now safely back on Earth, continues to bring the glory of science and space travel to everyone he encounters.

Hadfield is the pioneer of many firsts. In 1992, he was selected by the Canadian Space Agency as a NASA Mission Specialist – Canada’s first fully-qualified Space Shuttle crewmember. Three years later, he was the first Canadian to operate the Canadarm in space, and the first Canadian to board a Russian spacecraft as he helped build the Russian space station ‘Mir’. In 2001, he performed two spacewalks – the first Canadian to do so – and in 2010 the CSA and NASA announced Hadfield’s third mission: commanding the International Space Station (ISS)—again a first for a Canadian.

Hadfield launched into space on December 19, 2012 and took command of the ISS in March. His multiple daily Tweets and photographs from space made people see the world differently. His accessibility, whether answering questions such as, “How do you wring out a washcloth in space,” via Skype or collaborating with The Barenaked Ladies for a song sung by nearly a million people simultaneously, endeared him to all while he orbited Earth.

A heavily decorated astronaut, engineer, and pilot, Hadfield’s many awards include receiving the Order of Ontario, the Meritorious Service Cross, and the NASA Exceptional Service Medal. He was named the top Test Pilot in both the US Air Force and the US Navy, and has been inducted into Canada’s Aviation Hall of Fame. He is also commemorated on Canadian postage stamps, Royal Canadian Mint silver and gold coins, and on Canada’s new 5 dollar bill.
———————————————————————————-
TRANSCRIPT:

Chris Hadfield: When the very first balloon was launched that could carry people it was in Paris in the late 1700s and it was Montgolfier the brothers, they had hydrogen balloons and hot air balloons and it was the cutting edge of science. It was the cutting edge of technology. We just learned how to capture a gas like hydrogen that would be lighter than air as you could take a balloon and the first balloon rose and Ben Franklin was there and it was huge and magnificent, all of those scientists. And it rose but it got out of control and it went and landed out in the countryside 15 miles away from Paris and the peasants there attacked it with pitchforks because they thought it was an alien coming from space. The schism between learned understanding and scientific pursuit and the common perception of what was normal was that close just 15 miles away. It was an enormous gap between what we knew and what we were doing and what a lot of folks knew yet or what had become part of common knowledge. So there’s nothing new about the speed with which we’re inventing things and the ability for people to understand what’s going on. There’s a recent populous sort of wave of anti-science as if that’s something new. It’s mostly because social media has given everybody what appears to be an equal voice. On the corner of Hyde Park in London there’s Speakers Corner and that used to be the Internet where yo…

For the full transcript, check out