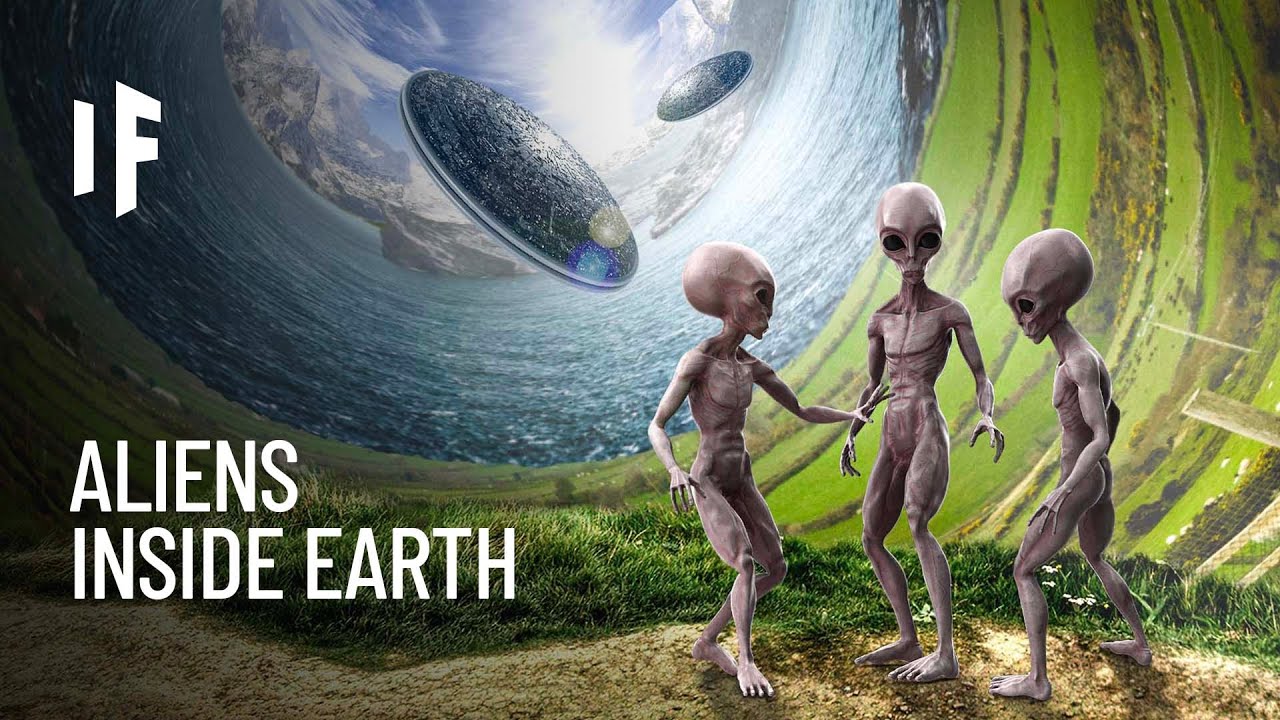 Billions of years ago, another planet smashed into earth. An event of this epicness could have created our moon. It also could have brought alien life to our planet. What evidence of this planet still exists on earth today? Could there be life deep inside the earth’s surface and could that life be an advanced civilization of humanoid aliens?

This is what, if and here’s what would happen if aliens are living inside the earth. Four and a half billion years ago, thea a proto-planet, the size of mars struck our young earth. This collision scattered pieces of both planets into space, and many scientists argue that these pieces eventually coalesced into our moon. But what happened to the rest of thea is still a mystery. The existence of blobs of material inside earth’s mantle known as low shear velocity provinces could be evidence that parts of thea fused with earth.

These chunks are up to 1 000 kilometers in height and several times that in width they sit below africa and the pacific ocean. Straddling earth’s core like a pair of headphones, but other theories, some dating back centuries suggest a completely different explanation of what exists under the surface: a lush tropical paradise for aliens. The earth consists of four layers: the crust, the mantle and the outer and inner core, but there hasn’t been any successful exploration below the crust. So there’s much, we don’t know about the realities below the surface. This has led to spectacular speculation like the hollow earth theory.

According to this theory, our planet could be a series of nested spheres. Centered around a central core in between these shells. Atmospheres could exist that are capable of supporting life in the 17th century, edmund halley, the scientist who discovered halley’s comet, backed this theory. Many others have added to it. Suggesting a small sun could be hanging in the center of the earth and plants.

Animals and humans could be living there and not just humans, but a race of superhumans immortals who possess sophisticated technology to build hundreds of subterranean cities. But if there were aliens inside the earth, what would the conditions for life be? Could the inside of our planet be a luscious paradise or a hot hellish dump? If you were to visit one of the low sheer velocity provinces, you’d have to go 2 900 kilometers below the surface here, you’d be surrounded by magma or liquid rock, with temperatures as high as 3 700 degrees Celsius and the weight of the crust and mantle. Above.

You would increase the pressure to over 237 000 times the atmospheric pressure you know on the surface of the earth. Whatever life you find here would need to exist in these extreme conditions, and these life forms would need to evolve to extract oxygen directly from the magma or live without it. They would need to survive without any sunlight radiation would be the primary energy source and lucky for them. The radioactive decay of uranium thorium and potassium in the earth’s crust and mantle already account for the primary source of heat in the earth’s interior. There could be all kinds of undiscovered creatures down there, but until you could withstand the pressure and heat to find out we’ll never know and as for the hollow earth.

Well, it’s nice to imagine a paradise world underneath our feet instead of layers upon layers of hot molten rock and who knows, maybe there is alien life down there, just like all those underwater aliens hiding in the world’s deepest lake? Oh wait! Thats a story for another!

Read More ONENESS Theory & The Law Of One